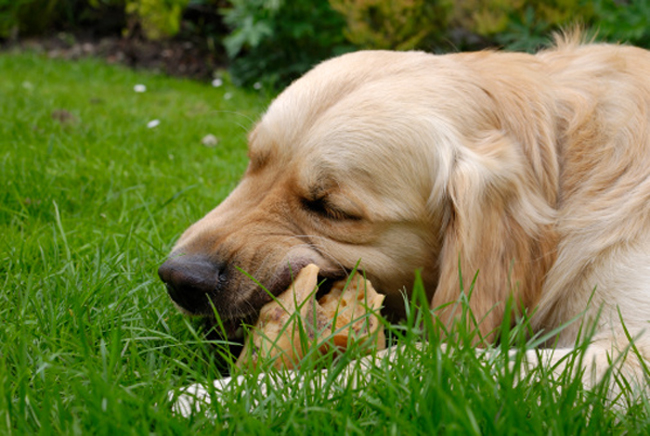 Over the past few months, I have been researching into different ways to make my pets healthier. As my husband and I have been searching for just the right dog, we have met quite a few breeders and pet owners who have been feeding a raw diet to both their cats and dogs.  Having always fed my cats natural commercial pet food, I was originally taken aback by this idea. Was it really safe to feed our pets raw meat?

What is the Raw Diet for Pets

As you can likely guess from the name, the raw diet focuses on feeding your pet raw meat, as well as uncooked vegetables, fruits, and bones. Feeding raw vegetables and fruits is really nothing new to me, since we always gave these to our pets as treats growing up, especially our dogs.  While we did give our dogs unseasoned meat as treats on holidays, we never fed it to them raw.

The reasoning behind the raw diet is that it is the original natural pet food – it gives dogs what they would find in the wild. Dogs, by nature, are scavengers.  This means that while they will hunt for their food in the wild, they are not above eating whatever they could find that was left by another predator. If you have a dog, you have likely seen this type of activity during meal time, where they are looking at you wide eyed and hoping for a treat, or just waiting for you to turn you back to dig into the trash can. Those who are followers of the raw diet believe that this gives dogs, like their wolf cousins, everything they need to be healthy. While it is a very controversial diet, there are quite a few vets, especially holistic vets, who support owners feeding their pets this type of diet.

Benefits of a Raw Diet

Many dog owners have seen drastic results with the raw diet, finding that their pets’ coats and overall health has greatly improved. Celtic Acres Farm, an American husky breeder, has been feeding all of their dogs this diet for years, finding that it also leads to healthier puppies since it prevents drastic growth spurts, a common problem with puppies on commercial food.

As well, many researchers and veterinarians who support this diet have found that dogs live healthier, longer lives on the raw diet, compared to ordinary pet food. At some point in their lives almost every pet experiences some dental issue or other, such as periodontal disease.  It is believed that over 80% of pets suffer from this disease by the age of two, leading to severe dental problems. Dogs who are on this diet usually have very good dental health, as well as more rarely experiencing otherwise common diseases believed to be linked to commercial foods, such as heart disease, kidney disease, and liver disease. Some of the benefits of having your pets on the raw diet, from what I have read, include:

Drawbacks to a Raw Diet

While there are some people who love the raw diet, it is also very controversial. Most mainstream veterinarians, and the FDA, believe that the raw diet should be avoided. Lisa M. Freeman, DVM, PHD, in the 2001 issue of the Journal of American Veterinary Association suggests that most owners should avoid the raw diet, saying that it leads to serious nutritional deficiencies after evaluating five mainstream raw diets in a scientific study. She believes that the high fat in this diet is the cause of most of the results pet owners have seen. After reading her reports, it seems she produced very similar results using high quality commercial natural pet foods with a high fat content.

Other researchers have also found that dogs on the raw diet that are not given supplemental vitamins also tend to be lacking in calcium and phosphorus, and are more likely to suffer from anemia.  Through their studies, they concluded that this diet can appear to have amazing results in the short term, but may cause damage to a pet’s health over time, due to an unbalanced diet. Animals on the raw diet also have the potential of choking on bones or suffering from punctured internal organs from chewed and splintered bones.

The FDA has other concerns with the raw diet, mostly relating to potential health issues for owners and pets being exposed to harmful or even deadly bacteria that would normally be killed during the cooking process.  The FDA and American Veterinary Association recommend that owners who are looking for the healthiest alternatives to traditional commercial food should make their own homemade food, or purchase a high quality natural pet food.

So far, I am unsure what to really think about the raw diet. Many of the studies that are against the raw diet are sponsored or promoted heavily by major pet food brands, or their parent company (such as Nestle).  I think a large part of what makes the raw diet so successful is making sure you get your meat from a quality butcher, and only feed your animal foods acceptable for human consumption. For those who have the time to properly handle raw meats, and do the extra research to see where their meat is coming from, I would seriously consider giving it a shot.  Personally, I would only feel comfortable trying the raw diet if I could source everything from a local, organic farm, or a butcher who sells their products and has strict handling practices to prevent contamination of the meat.  While this may drastically increase the cost of the food, family farms do tend to have better quality control than well-known groceries, which consider their meat only intended for eating after cooking.

Until there is a bit more research proving the effectiveness of the raw diet for pets, I will likely stay with feeding my animal natural pet food or homemade pet food. While I have entertained the idea more than once, I am unsure exactly how I feel about it – I would hate to get my pets sick or worse with an illness that could have easily been avoided by simple cooking.  That said, I would be very interested to hear if you have tried the raw diet with your animals and seen other results. I would love to read some more opinions and experiences with this popular natural pet food diet, so please, tell your story in our comments below.

Budget Earth & its writers did not recieve compensation or products from said company for this post and it’s completley the opinion of the writer.