You are here: Home / Featured Post / Get Revenge On Game Night With Llamas Unleashed 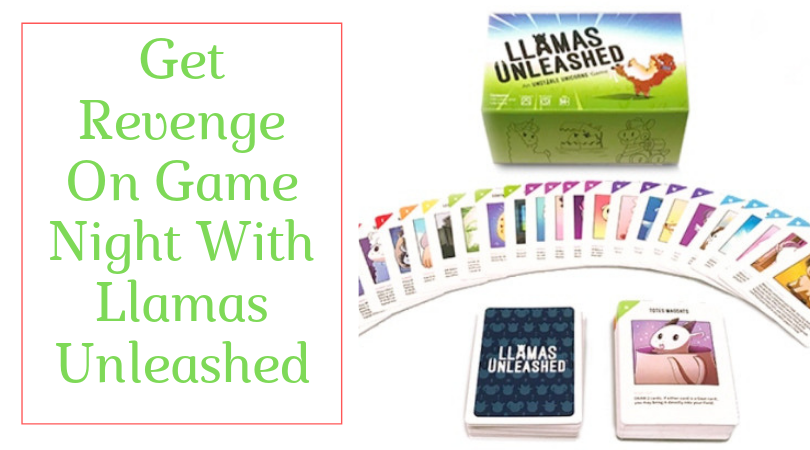 As some of you know, I love board games. While many people may go out for date night, my husband and I typically play board games. It changes things up a bit on our technically free nights, keeping us from getting bored or spending money going out. Most of the games we love are competitive, making it not too shocking that we loved our most recent addition to our collection – Unstable Unicorns. While we love fantasy themes, we know from playing other games that the same theme over and over can sometimes get a bit boring, making it important to change things up. When we heard that the makers of Unstable Unicorns, TeeTurtle, came out with a new game, Ilamas Unleashed, we knew we had to try it for ourselves!

Llamas Unleashed: What Is It

Are you someone who loves to play competitive boards games? If so, we think you will love Llamas Unleashed. Here is what Tee Turtle (the creator Llamas Unleashed) has to say about this card game:

Llamas Unleashed is the latest party game from the creators of Unstable Unicorns!

Step aside, Unicorns… Llamas will take it from here! Llamas Unleashed includes 135 brand new cards starring agriculture’s lankiest and most lovable livestock. But Llamas aren’t the only new kid on the block. Goats, Rams, and Alpacas also run rampant in this witty and whimsical barnyard-themed party game based on the Unstable Unicorns mechanics you already know and love!

As someone who liked Unstable Unicorns, I have to say I was pretty excited to take a look at Llamas Unleashed once it arrived. Much of the mechanics of the game are very similar to Unstable Unicorns, except for unicorns, this has more of a barnyard theme, including llamas, goats, and alpaca. Honestly, it is the same game with a different theme, allowing you to change up the game with some different sort of jokes. Just like Unicorns though, some of the jokes, violence, and gameplay is a bit much for younger children, making a 14+ game (though, if you have a mature younger child, I wouldn’t personally see an issue, it is mostly the jokes may go above a child’s head). Personally, I view this a lot like Munchkin – the game is the same but different theme, keeping you from getting bored with the mechanics. My only real complaint is that you can’t mix with it Unicorns since they have different cards backs, which was a bit of a bummer for me but not a game changer. Once there are expansions, I think this game will be just as crazy as Unstable Unicorns, but until then, you can easily have lots of fun with Llamas Unleashed!

Llamas Unleashed: Where To Purchase

Would you like to purchase this awesome game for yourself or someone you know? You can find Llamas Unleashed on the TeeTurtle store or at your local Target store. Who knew getting revenge on your friend could be so much fun? 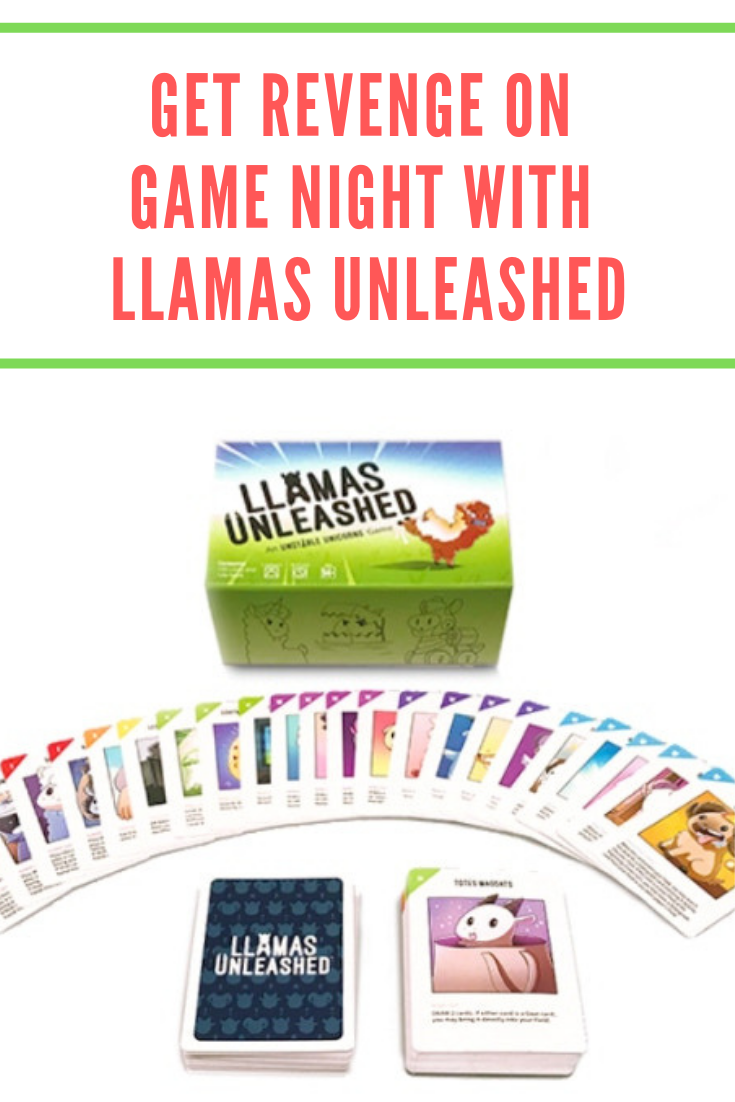