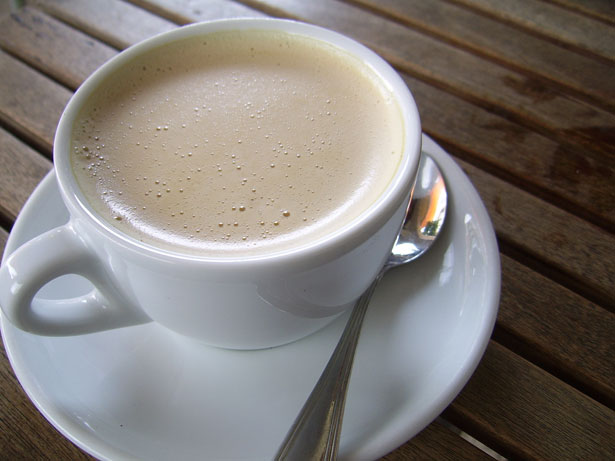 11. Coffee Fact or Coffee Myth: Coffee can help you if your stressed.

If you are someone who already suffers from anxiety, you probably want to avoid drinking too much coffee. Multiple studies have proven that the caffeine in coffee is bad for people who suffer from anxiety disorders and can actually make you more prone to panic attacks. It is recommended that you avoid coffee when going through stressful period in your life or at least limit your caffeine intake.

12. Coffee Fact or Coffee Myth: Coffee can help you remember.

When it comes to remembering, coffee is some pretty cool stuff! In a recent study it was found that after drinking 2 cups of coffee, participants put through an MRI showed increased activity in the front lobes of their brain  responsible for memory and attention. While the attention was temporary, it seemed to show improvements in long term memory retention throughout the study. In another long term study, it found that women especially benefited from drinking at least three cups of coffee a day, showing 33% less decline in memory over time than women who drank one cup or less of coffee. In other words, we should keep enjoying our coffee ladies!

Many people who claim to be ‘experts’ with coffee claim that if you want to get the most benefits out of coffee, drink dark roasts. Not only does it taste better but has more caffeine than lighter roasts. We hate to break it to the experts but darker roasted coffees actually have less caffeine since they are roasted longer. During the roasting process, caffeine is burned off the coffee, making it less effective than lighter roasts.

For years, doctors said that people with a risk of heart disease should avoid coffee. Recent studies have said quite the opposite! During an analysis of over 10 studies with over 400,000 participants, it was found that there was no increase in heart disease in participants that had caffeine, according to a cardiologist at the University of CA. They also fund that there was no evidence of an increase in heart attacks, sudden death, or abnormal heart rhythms.

Want to know something even cooler for us ladies? A 15 year study as part of the Iowa Women’s Health Study found that out of the women who drink 1 to 3 cups of coffee a day have a very low risk of cardiovascular disease! While there is no benefit for drinking over three cups, it’s definitely not bad news!

15. Coffee Fact or Coffee Myth: Coffee can cause hypertension.

If you have high blood pressure, you have likely been told by a doctor to avoid coffee. We are happy to report that this has been disproved! In a study of over 155,000 nurses, it was found that women who drink coffee for more than a decade are less likely than women who don’t drink coffee to suffer from hypertension. Oddly enough, the same was NOT found to be true with soda, meaning the problem with soda is not attributed to caffeine.

Contrary to what some people believe, drinking coffee will not cause osteoporosis. This original myth was started with the same study that found caffeine caused bone loss in elderly women who drink caffeine. This study was revisited and found that it was a lack of calcium in the diet that caused the problem, not coffee. While caffeine can cause a slight loss in calcium absorption, this can easily be offset by putting two teaspoons of skim milk or other dairy in your coffee.

17. Coffee Fact or Coffee Myth: Drinking too much coffee can cause cancer.

So, what about breast cancer? There is another similar myth out there claiming that women who drink coffee almost double their chances of being diagnosed with breast cancer. A recent Swedish study with over 59,000 participants found no link between coffee consumption and breast cancer, so relax and enjoy a cup of coffee!

You guys are probably thinking I’m crazy on this one. Just about every fitness site out there says caffeine will help you lose weight. I had to burst your bubble on this one but most of the caffeine fitness craze is advertising. While caffeine does speed up your metabolism, multiple studies have concluded that there is no correlation between weight loss and coffee. What was found, however, is that a large consumption of caffeine can actually attribute to weight GAIN. In a recent long term study, it was found that people who consumed large amounts of caffeine actually gained weight during the study. If you are hoping to lose some extra weight before summer, we recommend doing it the old fashion way – watching calories and hitting the gym!

Do you drink red bull and other energy drinks for the caffeine boost? We hate to break it to you but those expensive energy drink are only adding calories to your diet. An 8 oz can of Red Bull had 80 mill of caffeine. Sounds like a lot, doesn’t it? What if we told you that the average cup of coffee is 88 to 100 mill. of caffeine? To see a breakdown of the caffeine in most beverages, we recommend taking a look at the bottom of this article from nutritionist Joy Bauer.

20. Coffee Fact or Coffee Myth: Drinking coffee can cause your breasts to shrink.

Okay, I know this sounds pretty crazy but a recent study published in the British Journal of Cancer found that women who drank three cups of coffee had smaller breasts than people who didn’t drink coffee. Even worse, each additional cup caused more loss. Before you start panicking, we aren’t talking bra cup sizes here but very minor shrinkage. Most researchers say, however, that women should not stop drinking coffee due to its other health benefits, but it should be consumed in moderation.