In today's digital world, many of us don't realize how many memories we put on the internet. What used to be put in journals decades ago is now on Facebook. All of our precious life memories are there – talking about our marriage, the birth of our children, or even that special moment when you realized you just bought your first house. While we can always go back and find these special memories, rather than opening a photo album to see those special pictures, often we posted them straight to Facebook from our phone. Many of us don't think about it, but the average person could fill a 100 page book every year with Facebook pictures and statuses. Wouldn't be cool if we could just make a Facebook book with all of our statuses and pictures? If this idea sounds spiffy to you, we think you will like one of the cool things we discovered lately, Likebook.

In today's world, many of us spend quite a bit of time hanging out on social media platforms. Years ago, we would call our friends or send them a text if we wanted them to know something important. Now, we just put up a status on Facebook. The problem with this is sometimes we forget to write something down to help us remember these important events, and over time they get lost on Facebook. With Likebook, you can make a Facebook book of all these special moments and memories. Using their website, you can create a book with all of your status updates, pictures, and comments from your Facebook friends. The program even lets you go back to 2007, allowing you to put years of special memories into one book. 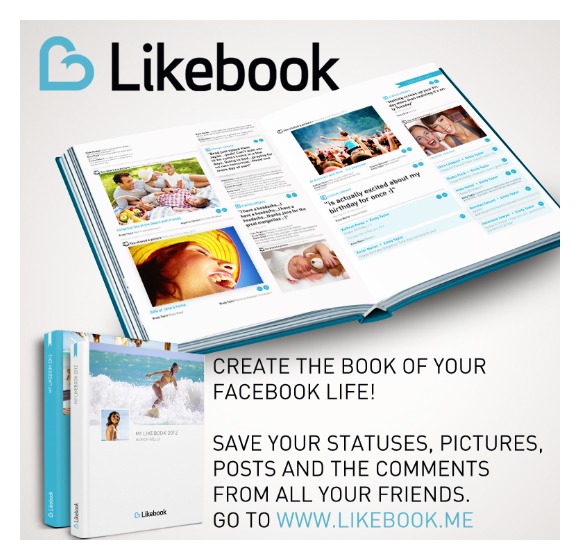 When I was first approached to review a Likebook, I had no clue what to think of the concept. A Facebook book that had all of my statuses and pictures? I really wasn't impressed with the idea, until I went to Likebook.me and started making my very first Facebook book. Other than a few tiny glitches, I was able to make it fairly quickly. All I had to do was choose what type of book I wanted (you can choose to have photos only, or include statuses). Since I wasn't as active on Facebook for awhile, I chose to have my book go from 2010 until beginning of April, including all my statuses and pictures. As I manipulated the book, the price of the book changes real-time, with me able to manipulate just about every aspect of the book, EXCEPT being able to remove pictures and statuses I may not have wanted in the book. While it was an annoyance, it was still fairly easy to make a book using the website. The only drawback is the books can be a bit expensive, ranging from $15 – $200 depending on the size of your book. My own personal book cost $60. 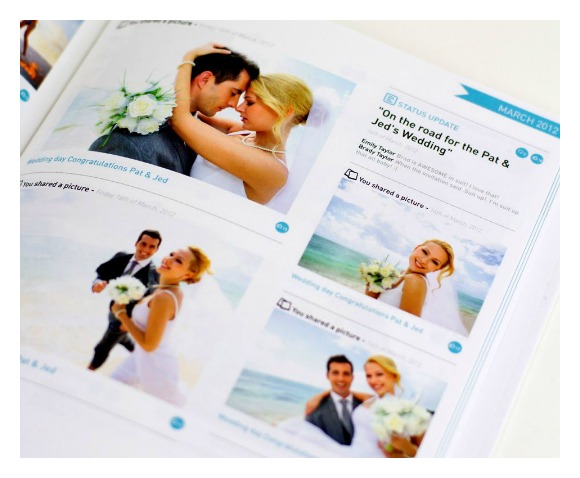 I'll admit, I was a bit intimidated by the cost of my Likebook. While my book was paid for as part of the review, I had no clue how anyone could justify paying for one of these books – I didn't really understand until I got my Likebook. It really did was a nice, large paperback book. My Facebook book was printed on high quality paper, and the print was large enough to let most people read it even without their glasses. While the text looked amazing, I can't vouch for the pictures since many of mine were taken with an iPhone 3G. All the pictures were taken with my iPhone 4S, however, turned out looking fairly well, but for some reason I rarely put up pictures on Facebook after changing phones. Overall, and despite my poor initial camera, I think the book turned out rather well.

I think the idea of making a Facebook book is rather cute. Making these books may seem a bit on the expensive side, but they allow people in our modern, technological world to have something they can later show their kids, even when Facebook is a thing of the past (and anyone who doubts that will happen should remember some of the older social networks). Based on my own opinion, I give Likebook a B+ rating. While I would love to give it something higher, I think it may a bit on the pricey side, and may be too expensive for young parents or others with rapidly ballooning photo collections. For those who are willing to spend the money, however, you will get a high quality book filled with precious memories in the form of statuses and pictures. To learn more, make sure to go to Likebook's website.

Disclosure: Budget Earth did not receive monetary compensation for this review, but did receive a $60 credit toward a Likebook for review purposes from Likebook. All of the opinions on this blog are the opinions of said author and these opinions may differ from your own.